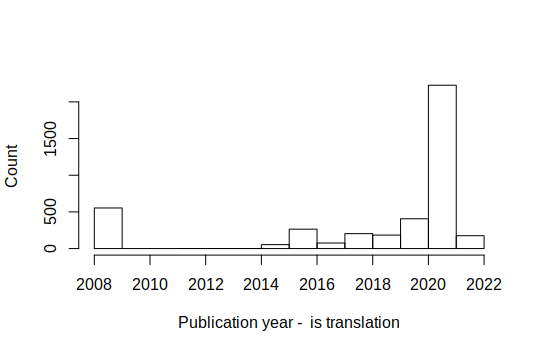 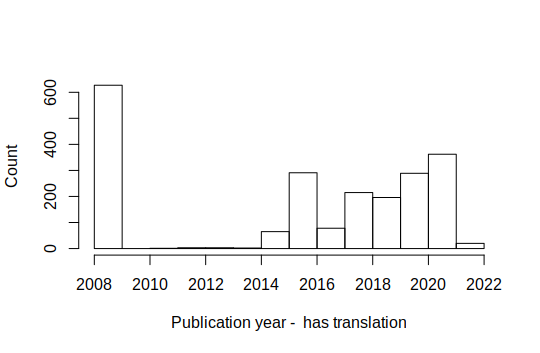 The records that have or are translations point to 6339 documents with a DOI that are or have translations. We downloaded these records to get more information on the linked articles. Of these 6339 DOIs 215 DOIs were apparently wrong, the CrossRef database did not return any data for them.

We will need methods to estimate the language of scientific articles based on their title and abstract.